There is, however, a common employment factor that can be linked to numerous occupations, industries, demographic groups and regions -- online job application processes that require individuals (i) to provide "location-based information" (i.e., distance from job site, commute time, household relocation) and (ii) to complete personality assessments.The screening elements in these processes exclude or penalize persons with lower socioeconomic status - disproportionately Blacks, Hispanics, persons with mental illness, and the less well-educated. The same groups (ex persons with mental illness) that the recent Brookings Institution paper found to comprise a disproportionate percentage of the long-term unemployed. 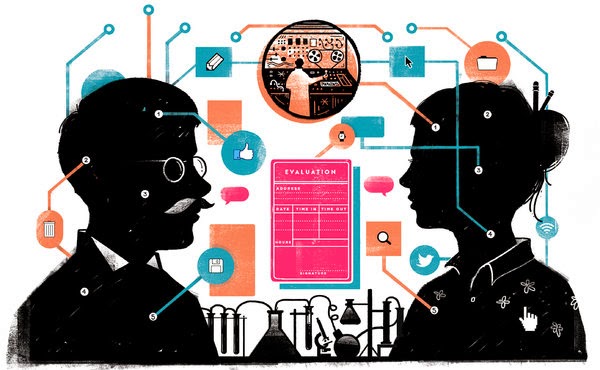 Jobs that were once filled on the basis of work history and interviews are left to personality tests, data analysis and algorithms. The new hiring tools are part of a broader effort to gather and analyze employee data.  Use of online assessments has grown exponentially over the past 10-15 years, with assessment companies like Kronos now having a database of hundreds of millions of job applicant and employee information. To provide a sense of scale, one major big box retailer processes more than nine million job applications a year.

Personality tests are “growing like wildfire,” said Josh Bersin, president and CEO of Bersin & Associates, an Oakland, Calif., research firm. Bersin estimated that this kind of pre-hire testing has been growing by as much as 20 percent annually in the past few years. Industries that are flooded with resumes such as retail, food service and hospitality are among the ones that use such tests most often, he said.

Kenexa, an assessment company purchased by IBM in December 2012 for $1.3 billion, will test tens of millions of applicants this year for thousands of clients. Kenexa believes that a lengthy commute raises the risk of attrition in call-center and fast-food jobs. It asks applicants for call-center and fast-food jobs to describe their commute by picking options ranging from "less than 10 minutes" to "more than 45 minutes."The longer the commute, the lower their recommendation score for these jobs, said Jeff Weekley,, who oversees the assessments. Applicants also can be asked how long they have been at their current address and how many times they have moved. People who move more frequently "have a higher likelihood of leaving," Mr. Weekley said. 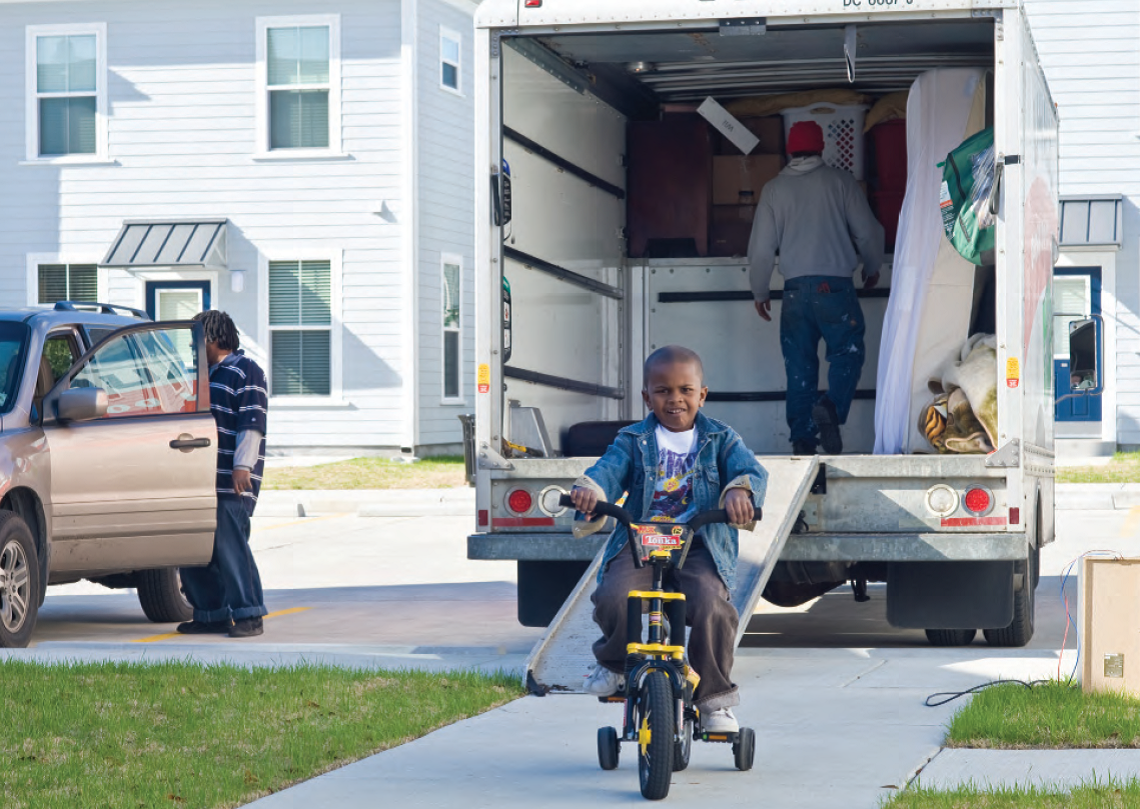 Painting with the broad brush of distance from job site, commute time and moving frequency results in otherwise well-qualified applicants being excluded, applicants who might have ended up being among the longest tenured of employees. The Kenexa  findings are generalized correlations; the insights say nothing about any particular applicant. Please see From What Distance is Discrimination Acceptable.


Are there any groups of people who might live farther from the work site and may move more frequently than others? Yes, lower-income persons, disproportionately women, black, Hispanic and the mentally ill. They can't afford to live where the jobs are and move more frequently because of an inability to afford housing or the loss of employment.

Spatial  Mismatch and its Institutionalization

An NBER study published in April 2014, "Job Displacement and the Duration of Joblessness: The Role of Spatial Mismatch, finds that better job accessibility significantly decreases the duration of joblessness among lower-paid displaced workers. Blacks, females, and older workers are more sensitive to job accessibility than other subpopulations.

The so-called “spatial mismatch hypothesis,” which originally grew out of research on the effects of segregated housing markets, has been debated among economists and social scientists since the 1960s. But while there’s general agreement that “job accessibility” has some impact on unemployment duration, researchers have disagreed about how important it is and for which groups of workers.

Although the study was limited to the 2000-05 period, its conclusion — that “a worker with locally inferior access to jobs is likely to have worse labor market outcomes” — could help explain the current situation. What we know for sure is that as of March 2014, more than a third (35.7%) of all unemployed Americans had been out of work for more than 26 weeks, according to the BLS. Blacks and Asians are most likely to experience extended joblessness: Last month, 44% of unemployed blacks and about as many unemployed Asians had been out of work longer than 26 weeks, versus a third of unemployed whites and 32% of unemployed Hispanics. Please see Long-Term Unemployment and its Costs.

With the "location-based" scoring "insights" provided by companies like Kenexa, spatial mismatch has been institutionalized over the past 5-10 years. If a job applicant has a long commute - whether due to the lack of effective mass transit where the applicant lives or to the lack of access to personal transportation, that applicant may never be interviewed, let alone offered a job.

One of the most consistently replicated findings in the social sciences has been the negative relationship of socioeconomic status (SES) with mental illness: The lower the SES of an individual is, the higher is his or her risk of mental illness. 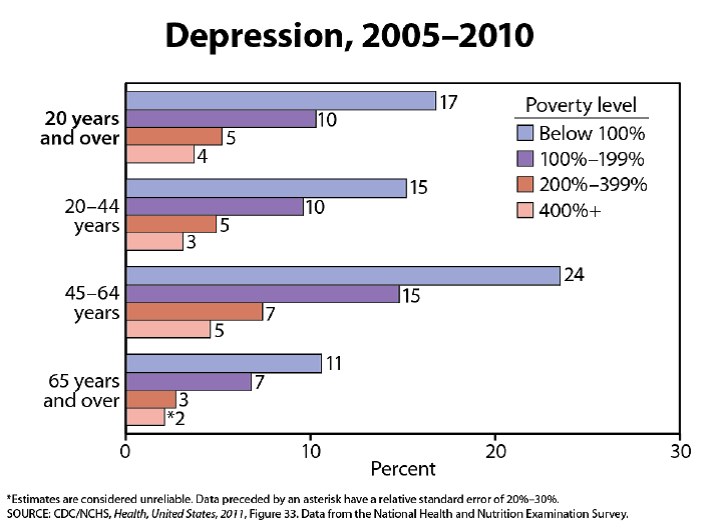 According to a 2001 study, lower income Americans had a higher prevalence of 1 or more psychiatric disorders (51% vs 28%): mood disorders (33% vs 16%), anxiety disorders (36% vs 11%), and eating disorders (10% vs 7%). Consequently, pre-employment assessments using these location-based "insights" screen out persons with mental illness.

The prevalence of mental disorders in the U.S. population remained unchanged between 1990 and 2003.  In that same interval, the rate of treatment of mental illness substantially increased—which in turn should have contributed to improved work-readiness among individuals coping with mental illness. The combination of the prevalence of mental disorders remaining unchanged and substantially increased rates of treatment should have resulted in a decline in the percentage of persons receiving SSDI awards who are diagnosed with mental illness. That has not been the case. Please see Costing Taxpayers Billions of Dollars Each Year.

People with psychiatric impairments constitute the largest and most rapidly growing subgroup of Social Security disability beneficiaries. In 2011, 47.5 percent of persons receiving SSI and 31.0 percent of persons receiving SSDI had a mental disorder. These percentages keep growing, in part because beneficiaries with psychiatric impairments are generally younger than other beneficiaries when they become ill and therefore remain on the Social Security rolls much longer. The income support programs may be working as designed, but those programs did not anticipate the impact of the widespread use of pre-employment assessments and the resulting material increase in the absolute number and percentage of unemployed persons with mental disabilities seeking SSDI and SSI benefits as a consequence of the use of potentially  illegal assessments.

Persistently high long-term unemployment has signiﬁcant implications for families, government budgets, and the country’s overall economic and social health. The high rate of long-term unemployment has had a direct impact on the federal budget by prompting the extension of normal unemployment benefits, ratcheting up spending on other government safety-net programs (including, indirectly, SSDI, SSI and Medicare) and by reducing taxable wages. Martin Feldstein in a recent article in the Wall Street Journal, draws on the Brookings Institution paper to suggest that those who have been out of work for six months or more do not affect wage inflation and that since the unemployment rate among those out of work for less than six months was only 4.1%, wage inflation may soon begin to rise more rapidly.

The growing and widespread use of employment assessments and applicant data collection processes over the past ten years has likely had an impact on the growth of the long-term unemployed in the U.S. labor market.  Persons with lower socioeconomic status, disproportionately Black, Hispanic, persons with mental illness, and the less well-educated, risk becoming a permanent underclass of the unemployed and underemployed.

Some of the most profound challenges revealed by the recent White House Report "Big Data: Seizing Opportunities, Preserving Values" concern how big data analytics may lead to disparate inequitable treatment, particularly of disadvantaged groups, or create such an opaque decision-making environment that individual autonomy is lost in an impenetrable set of algorithms. Please see White House: Big Data's Role in Employment Discrimination. 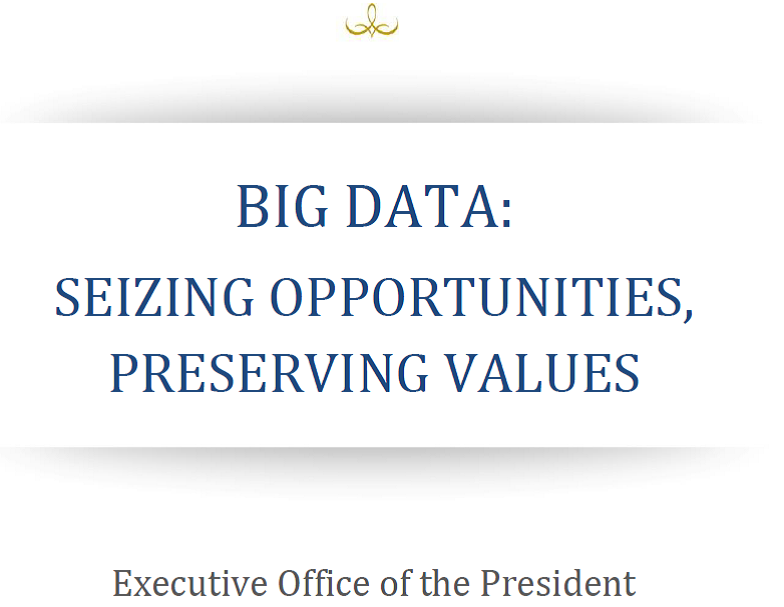 Workforce assessment systems, designed in part to mitigate risks for employers, have become sources of material risk, both to job applicants and employers. The systems create the perception of stability through probabilistic reasoning and the experience of accuracy, reliability, and comprehensiveness through automation and presentation. But in so doing, technology systems draw  attention away from uncertainty and partiality. Moreover, they shroud opacity—and the challenges for oversight that opacity presents—in the guise of legitimacy, providing the allure of shortcuts and safe harbors for actors both challenged by resource constraints and desperate for acceptable means to demonstrate compliance with legal mandates and market expectations.

Posted by Employment Testing at 7:34 AM

Because I value your thoughtful opinions, I encourage you to add a comment to this discussion. Don't be offended if I edit your comments for clarity or to keep out questionable matters, however, and I may even delete off-topic comments.